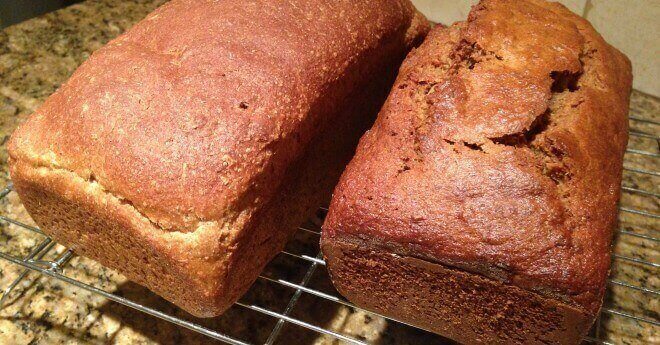 We bake and eat a lot of (good, healthy) bread. But there are only three of us when our older daughter is away at college, so we don’t make it through the 2lb loaves that I typically bake in a day or two — so bread storage really matters. Do it wrong, and you end up throwing away of lot of stale bread that could be avoided. Here is a... Read More 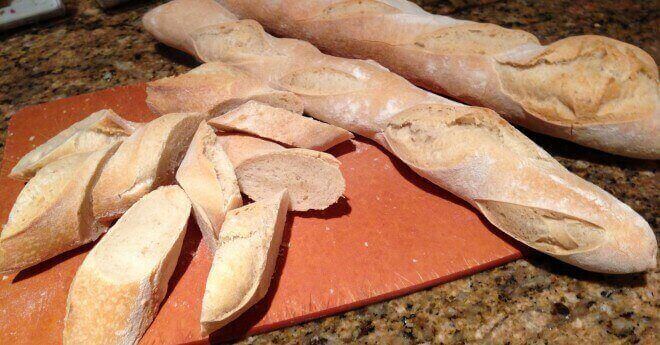 This is becoming a good habit. Baguettes follow pizza, and this time it was particularly fun because I got to see how the Central Milling flour works in bread. You know what happens  — you make 9 pizza balls, and you only make six pizzas. So you roll your extra dough into a ball, and refrigerator it overnight, and then bring it out in the morning to take off the... Read More

I have talked about this before — but there is a certain amount of pressure on you if you do a lot of bread baking for your family. The family relies on you, and kids vote with the feet (or mouths in this case), and if your bread isn’t good, they won’t eat it; and your wife tries to be nice at eat the mistakes, but at some point you... Read More

Our good friends at The Fire Within (Bolder, CO) will be holding a new workshop targeted at everyone who is thinking of getting into wood-fired oven catering. They’ve been doing this for years, and they make great trailer ovens (in lots of different shapes and sizes for different types of catering), they exclusively use Forno Bravo ovens (yay), and their workshops provide a great deal of practical, hands-on information that... Read More

Cooking in a Foreign Oven

For years I have been taking advantage of travel to experiment with different flours and ovens, so it was fun this Xmas season working with British grains and a European-style convection oven in the house that we rented for a week. Of course, it is easy to make fun of any country’s supermarket bread, and British bread is no different. Supermarket bread is really awful. So I bought a bag... Read More

Wall and Floor Temperature in a Conventional Oven

I had an interesting encounter with the conventional electric oven in our kitchen yesterday (not one of the more interesting pizza ovens on my patio). We were doing some Sunday baking that included a loaf of banana bread, two trays of mince pies and a sheet of focaccia. Yum. Anyway, at one point the two trays with the mince pies were assembled and ready, but the banana bread was already... Read More 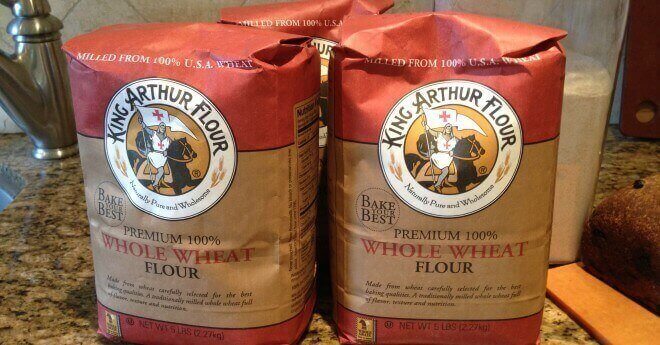 We sure go through a lot of flour. It’s interesting to think about the ingredients that go into the good that you eat; you put so much care and attention into picking ingredients that pure and healthy  and that work and taste great. And then you think about what motivates the multinational food companies, and I don’t think they have the same motivations. The profit motive leads to a company... Read More 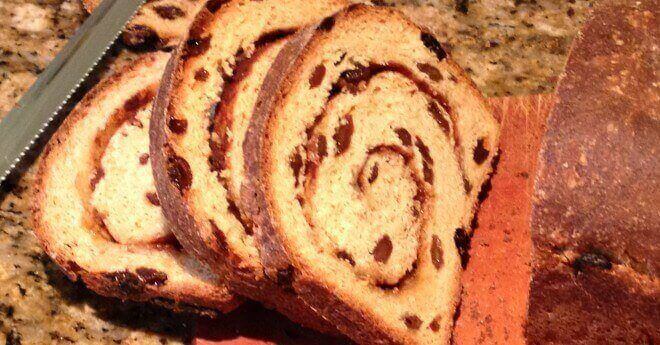 Still baking away most days, and on occasion something happens where I learn something new. On this loaf of whole wheat cinnamon raise bread I did something right, and something wrong — at the same time. First the good news. The swirl inside my loaf is nice, tight and symmetric, which I think reflects that my dough was shaped in a nice rectangle of even thickness before I rolled it;... Read More 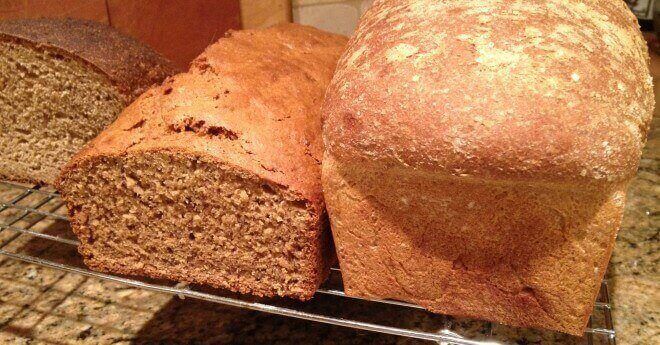 I’ve been having a mismatch between my desire to use Baker’s Percentages in grams and American loaf pans. Baking in grams is one of the best things to ever happen to me. OK, that might be an exaggeration, but it’s still a big deal. Weighing everything on a digital scale eliminates measuring cups and measuring spoons, it’s faster, it’s more accurate and there isn’t anything to clean up afterward. What... Read More