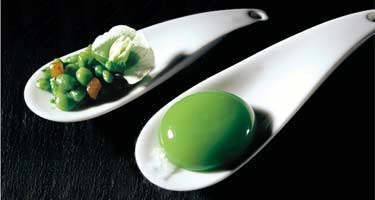 There is a huge change coming to education. Massive, Open, Online Courses have the potential to fundamentally change the way everyone learns new things — from high school and college kids, all the way up to older types. The industry is exploding, with new online institutions and classes emerging every day. Among the more interesting ideas is that massive class sizes and online teaching and testing infrastructures will give educators vast amounts of real-world data to analyze how we learn and what works.

This is really cool stuff. Never one to miss a new trend, I have jumped in. I am taking Introduction to Computer Science from EDX, a group of leading universities who are collaborating to deliver top courses online, led by MIT, Harvard and Cal-Berkeley. My class is called 6.00 (pronounced six hundred) and is basically the first class taught by the computer science/EE department at MIT (6 is the number of the department, and the .00 number for the class); those engineers are nothing if not well organized.

I’m a little less than half way in and holding on. My only computer class was in college (over 33 years ago), so I’m a little rusty. But I am enjoying the process, and having a lot of fun seeing MOOC from the inside. My class has hundreds of thousands of students from all over the world.

All of which brings me to a new class that is going to be taught in the fall. Science and Cooking: From Haute Cuisine to Soft Matter Science. It’s a Harvard class; here’s the description:

Science & Cooking brings together top chefs and preeminent Harvard researchers to explore how everyday cooking and haute cuisine can illuminate basic principles in physics and engineering, and vice versa.

During each week of the course, you will watch as chefs reveal the secrets behind some of their most famous culinary creations — often right in their own restaurants. Inspired by such cooking mastery, the Harvard team will then explain, in simple and sophisticated ways, the science behind the recipe.

Topics will include: soft matter materials, such as emulsions, illustrated by aioli; elasticity, exemplified by the done-ness of a steak; and diffusion, revealed by the phenomenon of spherification, the culinary technique pioneered by Ferran Adrià.

To help you make the link between cooking and science, an “equation of the week” will capture the core scientific concept being explored. You will also have the opportunity to be an experimental scientist in your very own laboratory — your kitchen. By following along with the engaging recipe of the week, taking measurements, and making observations, you will learn to think both like a cook and a scientist. The lab is also, one of the most unique components of this course — after all, in what other science course do you get to eat your lab?

The science sounds scary — but the class sounds really interesting. We’ll see. It starts in October. If I don’t pass 6.00, I might take it again to get my certification. Whose says you can’t teach an old dog a new trick.