Steam In A Brick Oven 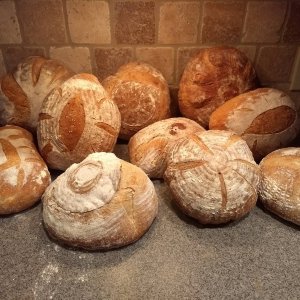 When creating steam in your ovens, fire your pizza oven for at least one hour, bringing the dome and floor temperature to roughly 800ºF, so that the entire dome has gone white or clear. Then, after the ash has been raked out, leave your wood fired oven alone to moderate for an hour or so. While you wait, take your slow-rise dough out of the refrigerator to bring it to room temperature. Depending on the type of bread you are baking, let the brick oven temperature fall to between 450ºF – 550ºF. Then, brush and mop the hearth with a damp, not wet, towel to clean off any residual ash.

At this point, you can either put an old sheet pan loaded with damp rags into the oven, or give it a long spray with a basic garden sprayer on a fine setting. If your oven is hot, and you want a lot of steam, try doing both. When the bread goes in, there should be visible steam in the chamber. Once the bread is loaded, give the oven another long spray, pointing the nozzle upwards, not at the bread. Again, there should be visible steam in the chamber.

Remember, without proper oven steam cooking, the crust will not develop properly (allowing the gasses to expand for “oven spring”) and caramelization of sugars in the grain will be underdeveloped resulting in a tougher crust.

To retain the steam in a brick oven, it’s important that the door seals against the pizza oven opening. If your door has trouble maintaining a tight seal, try using a brick to keep it pushed tightly against the opening. (A simple, but effective solution.)

Check out these related articles about Brick Oven Cooking Techniques. 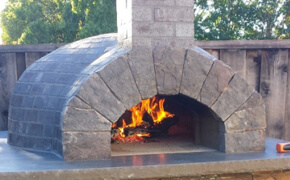 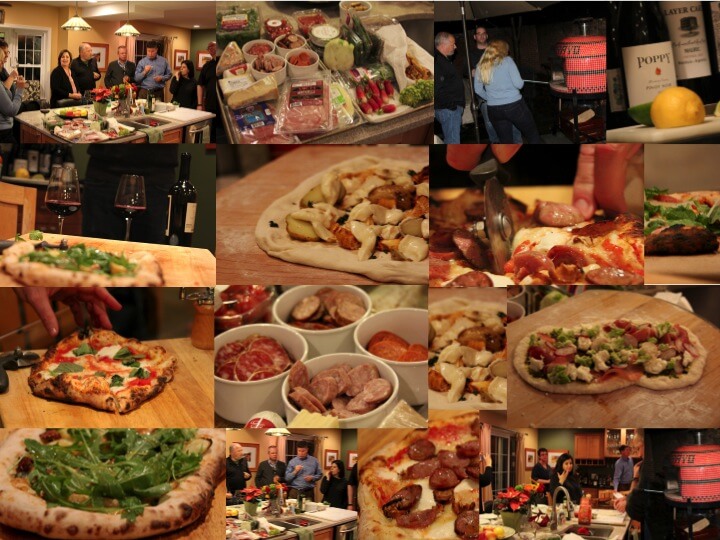 Over 200 brick oven cooking recipes from professional chefs and guests. Our cookbook has both videos and printable recipes for you to try. 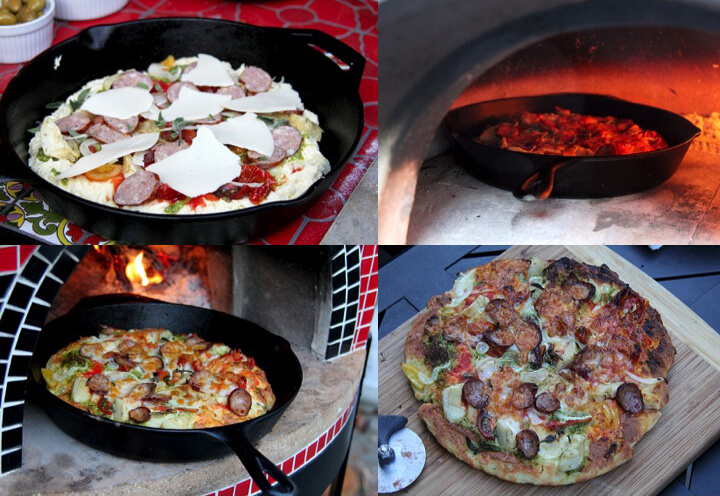 Try a new cooking style. Forno Bravo brick ovens can be used for roasting, baking bread or pizza, and grilling. 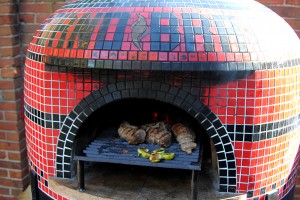 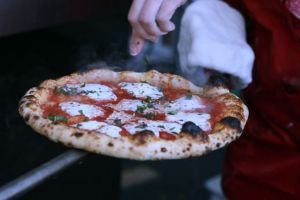 Should you use a wooden pizza peel to build your pizza on and then set it in your oven, or make it on a flat surface, and use a metal peel to place it in your oven? 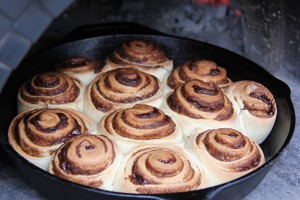 Ready to get a Forno Bravo?

If you have seen enough and are ready to buy, these links will help.

The Forno Bravo Selection Wizard is designed to help you decide which pizza oven is right for your house, garden, or restaurant. The Selection Wizard will walk you through the selection process, with questions covering such topics as — who will be doing the installation, available space, the types of foods you will be cooking, how many you feed, and your budget considerations.

Whether you are looking for a do-it-yourself brick oven, or a modular pizza oven kit for your outdoor kitchen, we have a wood or gas fired pizza oven for your family. Forno Bravo offers the most diverse refractory, stainless steel, and brick oven products available in the market.

Made in the USA in our facilities in Colorado and California.

Pizza ovens can be the center of your restaurant or a supplement to your menu plans. Forno Bravo commercial pizza ovens come in a variety of sizes, assembled styles, or kits/knock-down models to accommodate your space and vision. They can be custom branded to match your company’s look and have both wood or gas fired options.

UL certified in the US and Canada for indoor and outdoor installation.

With the widest selection of home and commercial pizza ovens on the market, you can purchase online or contact us directly.