I hope you had a chance to look at my Rack o’ Pork recipe.  If not, I’ll wait a second to continue here. 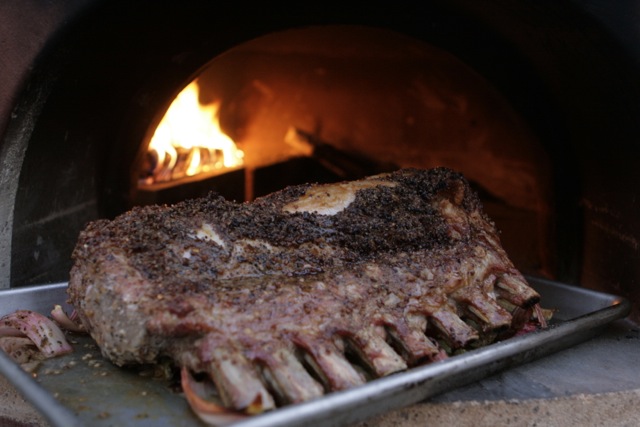 There’s a new pizza topping in town. *Wait till you try it on a sandwich. Philly-Rack o’ Pork Sandwich!

Go on, go back and read it.  I won’t wait for you to make it, but I hope after reading that recipe and this pizza recipe that you’ll be making plans to pick up a rack this weekend.

It isn’t easy coming up with pizza recipes to make and write about.  Actually, it’s probably easier to come up with the recipes to make and eat than to write about them.  Actually, as I am writing this, my mind wandered and I just stumbled on an idea for the next firing of my Primavera oven. That part is easy.  The ideas pop into my head.  I imagine the sum of the parts, the hot pizza, and that first taste of crusty cheesy goodness and know the pieces will come together nicely.  I then have to force myself to sit down and ramble on about my successful pie.  Fun stuff. 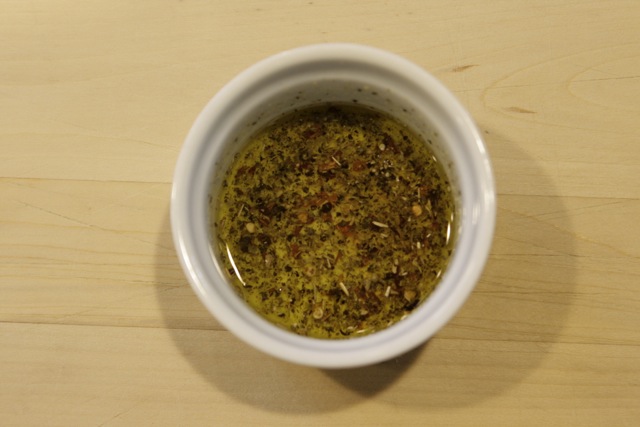 The sauce for this one is going to be a combination of this herb oil and some sliced cherry tomatoes from the garden.

So, back to this baby.  I had found that recipe for the Roasted Rack of Pork on a website called Chef Dennis and thought that it would be an interesting meal and mostly a new challenge to cook in my wood burning oven. *Link to Recipe.  Pizzas are relatively easy.  Get the fire really freakin’ hot and slide the pizza in and keep a close eye on it – turn it a couple of times over about 90-120 seconds and you’re a genius.  It’s not that simple to come out with a great pizza in the end, but falling off those rails of perfection starts when you make the dough and continue right up until you pull it out of the oven.  Pizza is simple, but because it’s so simple I think that’s what makes it so hard to perfect.  I’ve been at this a while and whenever I get one that rises above the others approaching “better than normal”, I am amazed.  It’s not that I did anything different – at least not anything I can really nail down as the moment that made the difference.  It’s just a lot of little things that went right. 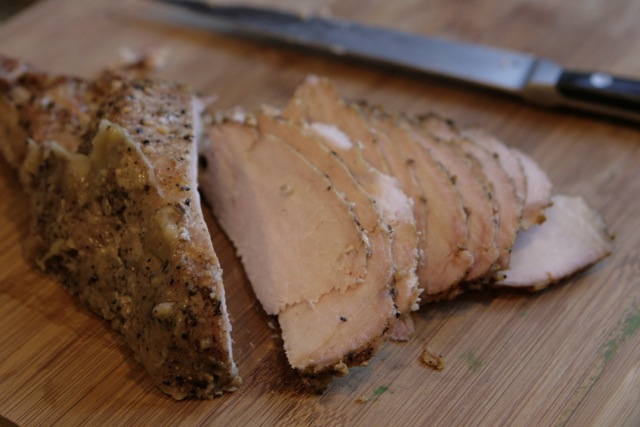 Thinly sliced into a pizza topping. As I said this same preparation works amazing on a Philly Cheese Steak style sandwich.

Anyway, I opened my fridge a couple of days after making the rack of pork and saw the left overs. The light bulb went off.  Why not?  Let’s see how this stuff will groove on a pizza.  I’ve got dough. How about some herb oil and some of my ever-growing and ready garden cherry tomatoes for the sauce.  I’ve got some English White Cheddar and some soft “fresh” mozzarella and even some fresh basil on hand.  When making one pizza, there is almost always a 2nd, 3rd, or 4th on it’s heels.

This first rack of pork pizza is going into the regular oven.  The next into the Primavera WFO.  Don’t even begin to think I have too much time on my hands! It’s just about taking advantage of small windows of time! 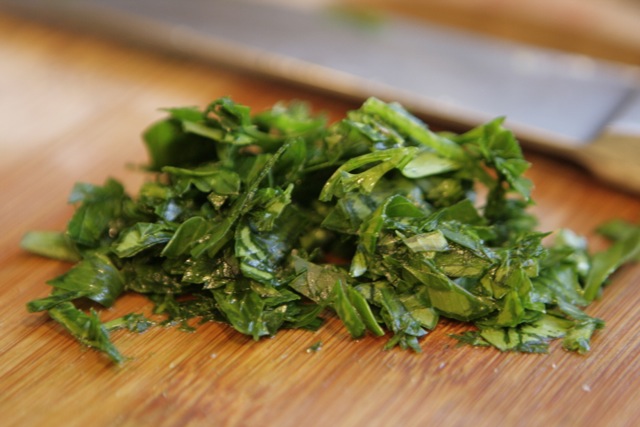 Some fresh chopped basil to finish with after it comes out of the oven.

– Chili Oil if you so desire as a finishing touch 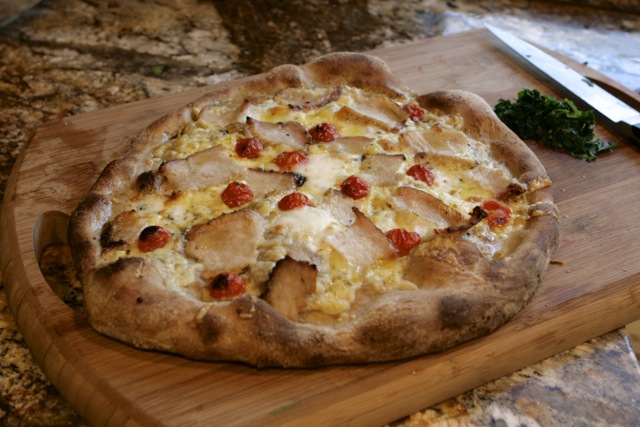 Just out of the oven…

Drizzle with a little herb oil and add the halved cherries.  If you haven’t noticed this combination appears on a lot of my pizzas.  It’s become a favorite for a couple of reasons.  First, I have these two tomato plants that won’t stop producing these beautiful little tomatoes.  Second, they are fresh and as “local” as I can get – being only a few steps from my kitchen.  Last, but not least, the tomatoes are a great topping, but also become essentially a sauce with the herb oil as well.  Delicious! 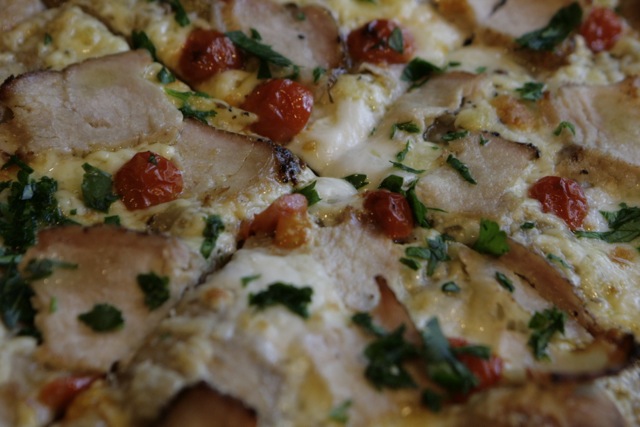 There’s a nice balance of colors here that are both warm and bright.

Spread some grated cheddar and add a few pinches of the fresh mozzarella to blend with it, which also serves to smooth the cheddar out as it melts.  The cheddar is not as smooth when melts as grated mozzarella, so the creamier texture and milkiness of the fresh soft mozzarella is a nice addition to the cheese blend.

Lay the sliced pork around the pizza. 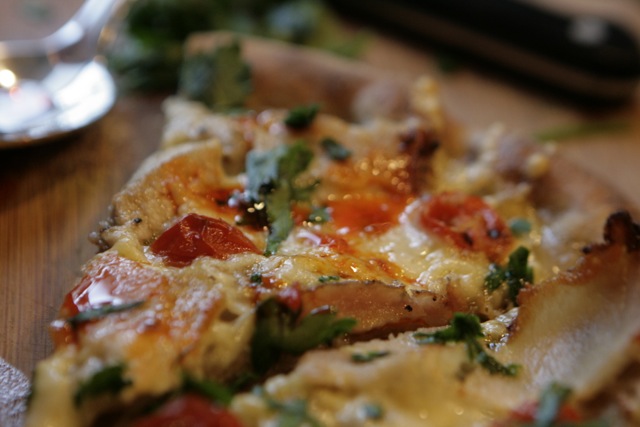 For me, this has to be finished with some of my favorite minced chillies made by a company called 800 Degrees!

I have my oven producing well browned pizzas in about 6 minutes.  I have a few pizza stones and a pizza steel sitting in there, which I think helps concentrate the heat around the pizza (along with the convection function of the oven).  This crust came out nice and even and almost starting to char in a few places.

Add a little Sea Salt and Pepper to taste and sprinkle on the chopped basil.

Drizzle some chili oil on the pizza and enjoy!

*As always send me your emails, comments on the site, and some pictures of your own pizzas! 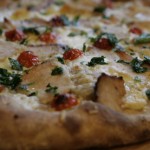 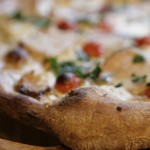 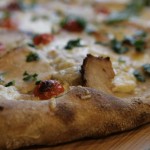 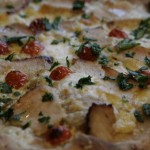 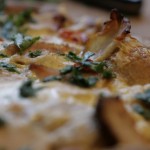 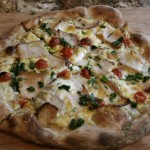 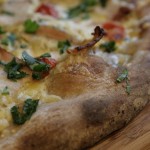 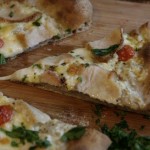 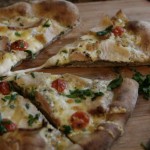 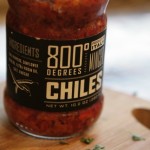 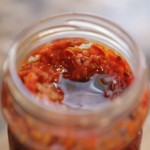 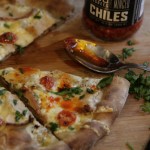 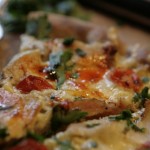 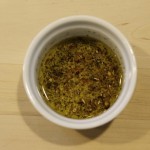 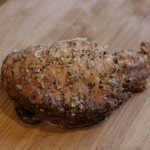 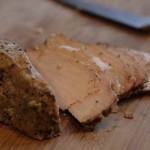 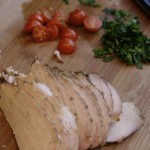 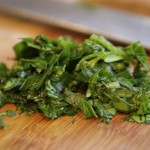 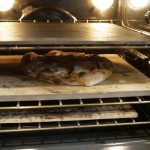 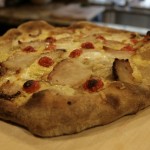 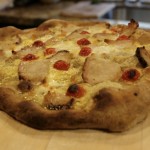 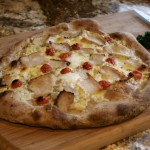 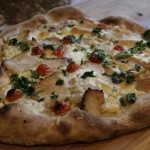