It all starts with the Asian Buffalo, also known as the Water Buffalo, which was brought to Italy by the Goths, as they migrated southwest during the waning years of the Roman empire. After the fall of the empire, the rivers south of Naples began to silt up, and malaria drove the population away, leaving the area abandoned. In the 18th century, when the region began to re-populate, the wild Water Buffaloes were seen wandering around the ruined Greek and Roman temples at Paestum. They were re-domesticated and have become the foundation of today’s booming Campania cheese industry.

Mozzarella made from cow’s milk is known as “Mozzarella Fior di Latte” and is the variety more commonly found in the United States.

Click the Forward button below to enjoy our photo journal and learn more about this delicious product! 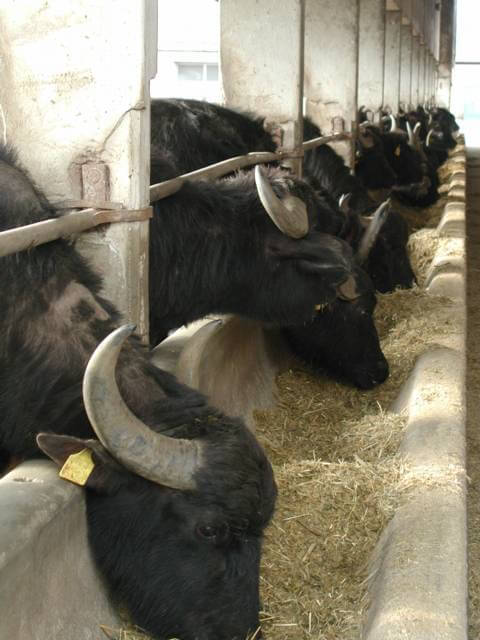