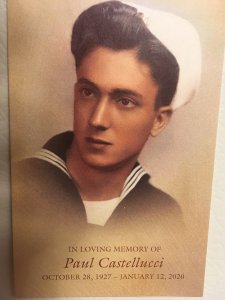 Some of you have seen my video presentation (or witnessed it live at last year’s Pizza Expo and also at the Atlantic City Pizza and Pasta Show East, in which I tell the story of Mama’s Pizzeria and Cheese Steaks, my childhood go-to place for the best pizza and cheese steaks in Philadelphia. For those who haven’t heard my talk, here is a link to the original version, delivered in Charlotte at the June, 2018 Creative Mornings gathering: https://creativemornings.com/talks/peter-reinhart

In the presentation I recount the influence of Mama’s, where pizzaiolo Paul Castelucci introduced me and my family to what became, for many years, my benchmark gold standard for pizza. His wife, Merry, later joined him to head up the cheese steak and hoagie station where, again, I fell equally in love with Mama’s cheese steaks and, even to this day, have never had a better one.  Now, as all of you know, such fond food memories are loaded with emotional baggage and territorial chauvinism — we all most likely have such childhood benchmark places and there is no right or wrong when it comes to arguing for their supremacy. But it wasn’t until many years after I left Philly and began writing about bread and pizza that I realized how profoundly Mama’s had imprinted itself upon me. I’ll say no more here — watch the video if you’d like to hear the rest of the story, or come to Las Vegas on March 30th where I will tell it again at Pizza Expo 2020.

The reason I’m writing this post is to share the news I recently received from Paul’s daughter Mary, that on Jan. 12th Paul passed away at the age of 92, after 68 years of marriage to Merry. Their son, Paul Jr., still runs Mama’s, on Belmont Ave. in Bala Cynwyd, PA (just a few miles outside of Phila.) and I urge you to go, if you can, and try one of his cheese steaks. He learned well from his own mama and makes, in my estimation (and I am not alone in this matter), the best cheese steak in the world.

Here are three photos that bookend the Mama’s period of my life: Paul at the counter back in 1958 or ’59, Merry at the hoagie station a few years later, and Paul and Merry more recently. These shots remind me of the photo from circa 1966, on the wall of Dominic DeMarco’s DiFara Pizzeria in Brooklyn, of a young, handsome, dark haired pizza maker, hanging just above the current living Dom, 55 years later, standing in the same spot as in the photo, still making pizzas his way.

I never thought too much of pizza as a time capsule container but, hey, what better way to track the inevitable passage of time, full of fond food memories and lots of flavor and savor. Rest in peace, Paul, and thanks again for the memories…. 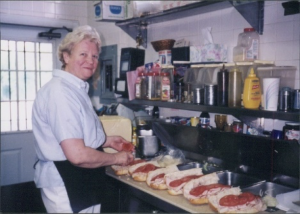 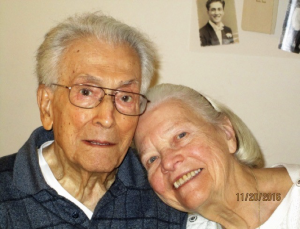 Paul was the best! I delivered for Mama’s when I was in high school, and used to teach his son – now the owner – his Sunday School lessons while I was waiting to be loaded up for deliveries. I know the Baltimore Catechism better than any other NJB* you know! Thanks for remembering Paul!
* “nice Jewish boy”

Howard, You were also the one who got me the delivery job at Mama’s as your fill-in when you couldn’t do it. Thanks!!

I remember them well as I grew up up just a fee blocks from there during the 1960s and 70s. Though not my favorite pizza Mama’s was my dad’s go to Paul Jr. was about my age and to this day I lobe their cheese-bomb cheesesteaks and always remind Oaul Jr. that I remember seeing him there whenever my dad took me with him. Paul and Merry were always so warm and welcoming.

We were lucky to have such a great place near us, as I’m sure others feel about their own childhood “go-to” places. It really hit me, when I was writing this tribute, what an impact Mama’s had made in my life and how it affected my future in the world of food. Thanks Richard!

I agree Mama’s is still the best cheese steak anywhere. Also the biggest by far.

Hello Peter! Just had a chance to visit your blog and it brought tears to my eyes. Thank you for your kind words and the beautiful way you put this tribute together. I am forwarding it my mom so she will be blessed, too. I’m glad that you could say Mama’s has had an impact on your life! Mine, too:)