Note from Peter: A few months ago I posted about this wonderful book by journalist Simran Sethi. It just recently came out in a soft cover version, which means it’s more affordable and, as you will see below in my review, well worth reading. If you like Michael Pollan and Dan Barber you will love this book.  Here’s my review, enjoy!

Bread, Wine, Chocolate: The Slow Loss of Foods We Love, by Simran Sethi (publication details at the end of the review). Review by Peter Reinhart 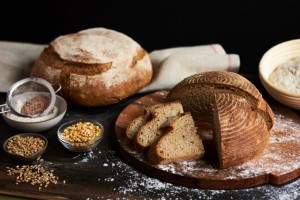 When it comes to food books, there are two major categories: books that teach us how to cook (ie cookbooks), and literary non-fiction books (and sometimes even fiction) that teach us how to think about food. The past decade has brought us some instant classics in this second category, most notably the work of Michael Pollan and his best-selling, The Omnivore’s Dilemma: The Natural History of Four Meals (2006), as well as Dan Barber’s, The Third Plate: Field Notes on the Future of Food (2114), a book that covers similar territory as Pollan, but from the perspective of an actual James Beard Award winning chef. In addition, best selling cookbook writer Mark Bittman adroitly straddled the cusp between the two categories by writing, Food Matters: A Guide to Conscious Eating with More Than 75 Recipes (2008). These books, in the “how to think about food” lineage going back to Rachel Carson’s 1962, Silent Spring, might best be described as attempts to raise consciousness through a modern form of prophetic witness, exhorting us to define and fight for an ethos of food in all its global implications. Sustainability has been the recent umbrella term for these ideas, with agricultural biodiversity — or agrobiodiversity – serving as its current, more specific drill-down.

If Pollan’s and Barber’s works represent the gold standard in addressing these issues within mainstream literature, it is mostly due to their journalistic panache, as they each make their case through the use of a cast of quirky real-life characters, their “heroes” of sustainability. The stories about these people are told as moral dramas, and it’s a very effective approach. The authors are confessional, participatory narrators, much in the style of new journalism reporters in other genres, like David Halberstam and Tom Wolfe, who write about war, sports, politics, and even architecture and rock and roll. 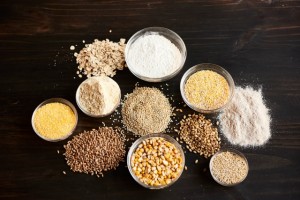 A year ago a new voice entered into this turf, author Simran Sethi, of Winston Salem, NC, who, like the writers cited above, brings a trained journalistic style (she’s a former environmental correspondent for NBC), but who also exhibits a slightly different tone, an emotional, poetic confessionalism not evident in the Pollan and Barber works. Her 2015 book, Bread, Wine, Chocolate: The Slow Loss of Foods We Love, has now been reissued in a less expensive, soft cover edition by her publisher, Harper One, which should help it to find the broader readership it deserves.

On the surface, the book follows the familiar template: stories of heroes in the agricultural realms of wheat and grape farming, cocoa and coffee bean cultivation, beer and bread making, and even a short, hopeful interaction with oceanographer Sylvia Earle on the octopus, in both its literal and metaphorical existence. But, as each chapter and scene unfolds, we are also brought into the author’s own existential struggles, her fears of life and of loss, and the challenges each of these heroes bring out in her to confront whether she is part of the solution or just reporting on the problem. 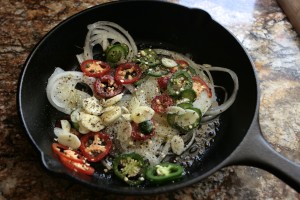 First, as the template requires, the reader needs to become outraged by the incontrovertible facts, such as: 95 percent of the world’s calories come from only 30 species; of the 30,000 edible plant species, we only cultivate 150 of them and, of these, only twelve plants and five animal species account for 75% of the world’s food. A sobering example is that, of the 1,000 varieties of bananas that exist, we cultivate only one type, the vulnerable Cavendish, which is facing immanent crop failure comparable to the great Irish potato famine. Imagine a world without bananas — very hard to fathom but also very possible!

But fearful facts like these can easily numb us, maybe even immerse us in deep denial so, Sethi has taken it upon herself to find a hopeful path through this valley of despair. She introduces us to people like Ecuadorian cacoa grower Sergio Cedeno, who saves and catalogs rare strains of cacao in order to protect and preserve the best tasting beans for our beloved chocolate. And, of course, where there is one such hero there is also a community of well described role players, each fulfilling his or her own part in the supply and manufacturing chain that leads from the earth to our mouths. 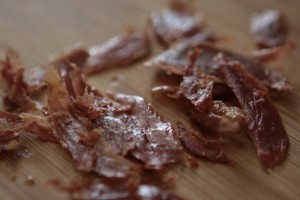 In each category of foods that she explores the author continually asks herself (and thus us), “But what can I do to help, to make a difference?” In response, she focuses the complex issues down to a more simple, graspable matter: taste. As Sethi is taught by her cast of heroes about how to enjoy the pure flavors of their grains, beans, fruits, and fish she finds and charts an approach, even a method, of tasting that enhances our own enjoyment and emotional connection to these endangered flavors. And by fostering that connection, she demonstrates how it changes our relationship with those foods and to those who bring them to us. As her mantras remind us, it becomes an act of love and, as a result, we are all enrolled — even if only in a small way — as part of the solution.

“Eat more of the good stuff, enjoy, pay attention, and be grateful. Feast on your life,” Sethi says. “Savor everything. Scrape the pot, lick the spoon, dig our hands into the messy fruit. Twirl it around our fork, swallow every drop, find the sweet in the bitter.” Her parting mantra brings it all full circle: “This is a book about life – and all the hope our hearts can hold.” 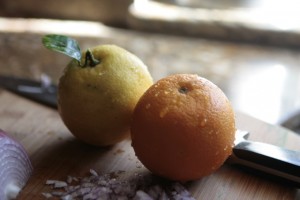